In this article, we discuss the specific forms of auspiciousness bestowed by each kind of gem, as well as how to activate their powers, using a katha from Luang Phor Parn

Usage of Nopparat for Protection and Auspiciousness

Diamond comes from the Greek word Adamas, a word meaning “unbreakable” or “indestructible”. The equivalent in Pali is Vajira

, the preferred weapon of Indra. This association, along with the hardness of the diamond, is believed to make the wearer unbreakable and victorious, enjoying favourable conditions and good fortune. It can even restore their health and enhance their sati (mindfulness), cleansing their souls and hearts and leading them to strive for purity of being.

Rubies are a variety of the mineral Corundum (otherwise known as aluminium oxide).

Rubies are referred to as Ratanraj

, or the King of Gems, in Sanskrit, its hardness is second only to diamond, and is often used in adornments due to its brilliance and rare colour. Kings of the past were particularly fond of them, often setting them into their crowns and even armour.

Unblemished, perfectly-cut rubies are said to imbue their owners with personal power, wealth, success, health, intelligence and longevity. They are also particularly efficacious at staving off disorders of the blood such as Anaemia.

Emeralds are a variety of Beryl. Their name is derived from the latin word Smaragdos, or “green stone”. Emeralds are believed to symbolise fertility and birth. They also help protect you from inauspiciousness.

They are also seen as a symbol of sincerity, and are thus popular with couples. They also imbue their owners with energy, helping them to overcome illness and exhaustion.

Yellow Sapphire is another form of Corrundum. It promotes saneh

Holding a yellow sapphire improves focus. Displaying in on your work desk aids you in overcoming obstacles. Drinking water steeped with a Yellow Sapphire promotes healing, and balances your mental state.

Garnet is dark red gem with a reflective hue. Its name is derived from the Latin word “Garnatus”, or seed, as they resemble the seeds of a pomegranate. Garnet is known to occur in 15 colours except blue, but most examples are red. The deep, brown-black hue of Almandine, one of the forms, makes it popular for accessories. Another form, Pyrope is also commonly used, and draws its name from the Greek word for Fire. In Bible, Noah led the animals into the ark using the Garnet set into his staff as a guiding light.

, for boosting health, ayuyearn, balancing blood circulation, supporting your sexual urges. It also known to lift the spirits of individuals suffering from depression. 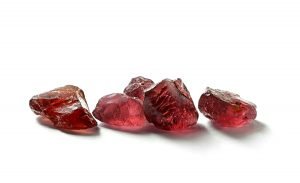 Blue Sapphire, comes from the Latin word “Sapphirous”, meaning “Blue”. Jews believed that Sapphire was a secret substance from God. Ancient Persians believed that the Earth sits on a Sapphire gem, and the reflection off this gem lends the sky its blue colour, much like in the Hindu and Buddhist legend of Mount Sumeru and Jambudvīpa

In the Vedas, Blue Sapphires symbolise stability and loyalty. They are also associated with Morality, and are worn by individuals to help support and reinforce their virtues by balancing their state of mind and emotions. It can protect against the occurrence of unfortunate events. It is also known to resolve endocrine ailments and diminish allergies, and support your relationships by bestowing Metta

Pearls represent Purity. They have been adored by women throughout the ages, who regard it as both a symbol of femininity and nobility. Women wishing for a child are known to place them under their pillows as they sleep, often being blessed with beautiful baby boys as a result.

It is also believed that Pearls enable their wearers to overcome their enemies.
Pearl powder is often used by the Chinese to alleviate kidney problems, or treat asthma and phlegm.

Zircon comes from the Arabic word “Zargun” or “golden”. This gem is a form of silicate, and comes in blue, white and red forms. Thais prefer the red version, which supports career progression, focus, and intellect, as well as encouraging opportunities for wealth-building. This is not to be confused with Cubic Zirconium, which is a man-made diamond simulant.

The nature of the owner’s luck may be discerned from the clarity of the stone, a dull, lacklustre appearance heralds a spell of misfortune; a bright, clear colour means good luck is coming your way. They are often employed to turn lawsuits in the favour of their owners
They are also useful for stress relief, and driving away evil spirits. 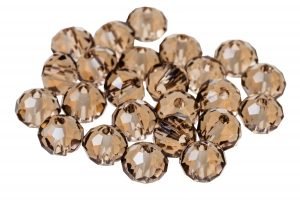 Chrysoberyl have many natural occurring colours, and are often referred to as “Cat’s Eyes”. Some grimoires describe a method for creating Chrysoberyl from the cataract-stricken eyes of dead cats. A high-ranking deity is believed to reside within each.

It has the power to drive away evil and spirits, increase your baramee

, leading to success, as well protect you from fire.

Nopparat and the Stars and Planets

According to various schools of belief, astrology plays a huge role in our lives, and the alignment of stars and planets exerts a heavy influence upon the lives of every living being. They are also known to affect climates and seasons.

Each planet and star is believed to have been imbued with its own properties and energies, which are transmitted to Earth in the form of electro-magnetic fields. This cosmic energy has a ripple effect throughout the universe, and are often expressed as individual “colours”.

The colour of gems are therefore also associated with the colours of each planet and star, and the properties they transmit.

It is believed that human beings too, emit their own cosmic vibrations, that may be influenced by these esoteric energies. The wearing of gems, is thus believed to balance, control, or enhance interactions between these various energies.

When selecting gems to be worn, they must be carefully chosen in accordance with the desired planetary intervention in the owner’s life;

Table of Relationships between Stars, Zodiac and Gems, according to Nopparat Grimoire

According to ancient texts, there is a specific order of placement to be adhered to, for maximum efficacy.

Ruby are usually placed in the centre, representing the sun’s place at the centre of our galaxy. The rest of the gems are placed clockwise, beginning with Diamond at the top, followed by Pearl, Zircon, Garnet, Blue Sapphire, Chrysoberyl, Yellow Sapphire and Emerald.
These order is in accordance with Yant Nopphakror

This katha can be used to worship any form of gem, relic or crystal. There are 2 kathas detailed here. You may use either one. These were described by Luang Phor Parn

The following katha is known as Katha Ngern Lan

(this line is also known as Katha Ngern Sen, which brings in good fortune)

(this line is also known the “Heart of Katha Ngern Lan”)

(this is known as Pacceputtajow , or homage to the Pacceka Buddha)

The following katha is known as Katha Mahajakkapat

(Recite this according to the day of the week. Eg if you are reciting this on Monday, you should recite it 15x)
Sunday – 6x
Monday – 15x
Tuesday – 8x
Wednesday – 17x
Thursday – 19x
Friday – 21x
Saturday – 10x
Your gems should never touch the ground, not hit each other while you wear or store them. When you recite the katha, hold it in your palm and wear it wherever you go. They will bring you happiness and luck.

Although all gems are imbued with their own intrinsic powers, the efficacy of these powers varies according their application. Some are good for providing protection, some bring wealth, while other enhance health. Some may not have their full potential unlocked until the proper rituals and katha are recited.
As the Vedic Texts describe;
“…A gem endowed with good characteristics can bring auspiciousness and success to kings, however one with bad characteristics ones, can bring disaster and misfortune…” (Brhat Samhita, 80.1-3)
It is therefore of paramount importance that the gems you choose are carefully selected for maximum impact on your life, and all associated instructions are adhered to.